This excerpt is from Dave Lundy’s new novel, “Zero F*cks Given” (still in development) — the prequel to the bestselling comedy “Squish the Fish: A Tale of Dating and Debauchery”.

Once upon a time in Buffalo, NY…

The waitress flashed some eye-popping cleavage as she delivered lunch orders to a table of three college students.

Bob, a college senior, glared at his friend Zabka and said, “Who the fuck orders a salad?” He dropped his fork, clanging it on the table for dramatic effect. “No good story ever starts with, ‘So, I was eating a salad…’ But here you are eating a fucking salad.”

After handing out their second round of drinks, the waitress pulled down her red and black checkered shirt and adjusted her cowboy hat. “Y’all need anything else, boys?” she asked.

Zabka looked up at her and replied, “Naw, Sugar-Tits… Unless ya got a twin sister?” The look on his face was one part self-amusement and two parts severe hangover.

Daggers shot out of her eyes. “My name ain’t Sugar-Tits — it’s Wendy.”

She stared at his face, wanting to punch it, and was pleased that someone had already taken the liberty. She commented, “Nice shiner. You should put some ice on that,” and moseyed away in her cowgirl boots and denim shorts.

The ring around Zabka’s left eye was swollen and dark purple. “Ice?” he mumbled. “I don’t need ice. Pussies need ice. Right, Bob?” He stabbed his fork through lettuce and a cherry tomato, and with a shaky hand brought it to his mouth. He had to concentrate to not drip any dressing on his cheap suit.

Magnum, their housemate, said, “Just so you know, calling women things like Sugar-Tits, and stuff like that, is offensive. It’s inappropriate to comment on their body parts.”

Zabka looked at Bob with an expression that said, Can you believe this guy?

Reflecting on Magnum’s bizarre and unexpected outbursts concerning women’s feet yesterday, Bob shrugged and took a swig of his beer.

Magnum said, “And like Bob was saying earlier — no good story ever started with, ‘So, I was eating a salad…’”

Zabka chewed, his face scrunched, pondering those words of wisdom. “Yeah, but what if I was tossin’ some chick’s salad?” He raised his eyebrows. “That’d be a good start to a story, right?”

“It sure would… except you’re not.” Bob threw his polyester tie over his shoulder. “Anyway, if we don’t have a blast today, it’s your goddamn fault.” He attacked his greasy cheeseburger, devouring half in one bite.

“Whatever.” Beads of sweat were on Zabka’s forehead. His skull was pounding.

“You look like shit. Did you throw up in the bathroom?”

As buddies do, they called each other by their nicknames — Zabka, because his doppelgänger was William Zabka, the blond actor in The Karate Kid whose character is an arrogant prick; Magnum, although younger and taller, for his bushy mustache, naturally tan skin-tone, and likeness to the TV private investigator; and Bob, the jovial moniker for Robert. And although it was 1993, they looked like they forgot to leave the ’80s.

Bob said to Zabka, “Come on, you need more than a salad. We have a big day ahead of us.”

“I’ll eat what I wanna eat.” Zabka grabbed an olive from his drink and tossed it at Bob, hitting him between the eyes.

“Listen, I couldn’t make it to the gym, so I’m eating light.” Zabka flexed his arm and made a muscle. “You don’t get a ripped body like mine without sacrificing every once in a while.” He looked at his friend. “And Bob, you could stand to lose a few pounds. So don’t give me any shit.”

Magnum asked Zabka, “Seriously, why bother? You know today’s gonna be a repeat of last night… you’re gonna drink a hundred beers again. What’s the use?” He was also wearing an off-the-sale-rack suit and popped a new roll of 35mm film in his Kodak compact camera.

They were having lunch on that muggy summer day in a restaurant-bar called The Steer. Located near the University at Buffalo’s city campus, it was popular with students from Long Island. Its dark wood interior and the large bull’s skull and horns that hung on the wall gave the place its western vibe. A country pop-song by Billy Ray Cyrus started playing in the bar.

Magnum commented, “I’m so sick of this song. It’s on the radio all-the-damn-time.”

Zabka said nonchalantly, “I’d Achy-Fuckin’-Breaky that guy’s nose if he was here.”

“Why? I figured that tard was your idol. Why else would you have the same stupid mullet?”

“Oh god, please don’t.” Bob closed his eyes and shook his head. “But seriously, Zabka, why’d you make us come to this hellhole? I hate this fucking place.” He watched a group of girls in matching sorority shirts and with matching nose jobs, chat up the bartender. “Oh, that’s right… because you’re sniffing around for Tracy Cohenstein.”

Magnum’s eyes grew wide as he thought about the last time he saw Tracy the previous school year. It was the end of spring semester their Junior Year and she was sunbathing in her backyard. He was perched in a tree with binoculars.

Zabka put his fork down. “Screw you, Bob. Stop trying to stir the pot.”

Bob was undoubtedly stirring the pot. “You two fucktards were ridiculous yesterday. Like, over the top.” He gulped down some beer and shoved a fist full of fries into his mouth. “Hey, remember the last time we came here? The bouncer tossed some douchebag into the street.”

“Oh yeah, that was hilarious,” Magnum responded. “No offense, Zabka, but I’m shocked that’s never happened to you.”

“Someone’s got the balls to try to throw me out?” Zabka scoffed. “Ha. That’s a good one.”

Bob commented, “Actually, I’m shocked Brewer didn’t toss you outta The Base last night. You were a walking-talking-stumbling shitshow.”

Zabka had a crooked smile. “They’d never — they love me. We own that bar.”

Magnum shook his head. “Everything… and I mean everything… was a fiasco yesterday.”

Bob added, “Fiasco isn’t quite the right word. It was a… clusterfuck.”

“I’m mentally scarred by several things I witnessed.” Bob shuddered. “Actually, can we please just talk about something else?”

“Sure. How about hangovers?” Magnum finished his beer and raised the bottle. “Thank god for hair-of-the-dog.”

“More like shit-of-the-dog. Dog shit — that’s what I feel like. So no, I don’t want to talk about hangovers.”

“Okay, then how about the Bills?” Zabka asked. “Their second preseason game is today.”

“Come on, I thought we were changing subjects.” Bob rubbed his temples. “The Bills are the NFL’s version of a hangover. They lost against Detroit last week. Fuckin’ Detroit!”

“Relax,” Zabka told him. “It’s preseason — means nothing. The team’s rusty and, most-likely, partying a fair amount. I’m sure things get a little wild down in Fredonia during training camp. No big deal.”

“To be frank, Buffalo is done,” Magnum stated. “They lost the last three Super Bowls. They’re done. It’s all about Miami this year. Go ’Phins!”

Zabka picked up his fork. “Fuck Miami, and fuck Marino.” He then speared a piece of chicken with his next helping of salad. “Shouldn’t you root for a Hawaiian team, Magnum? Oh shit, that’s right — there isn’t one!” As he gnawed on the meat like a piece of gum, his face slowly turned green. He spit the chicken on the floor and inspected its pink flesh. “What the fuck?!” He dry-heaved. “It’s fuckin’ raw!”

“Here less than twenty-four hours and already someone’s out to get Zabka.” Magnum shook his head. “Shocker.”

Their waitress heard the commotion and hustled over. “Is there a problem with your order?”

“I’m so sorry. Let me take care of that and get you a new salad.”

“No! You will not do that! I’ll handle this myself.” Zabka stood up holding his plate, marched toward the kitchen, and slammed through the aluminum swinging-door. “Who the fuck made my salad?!”

The kitchen staff froze, alarmed by the madman with a black-eye.

Zabka scanned for the most-likely culprit and landed on the man who’d been chopping lettuce. “Hey, chico! Did you do this?!” His experience growing up as the only white kid in a Latino high school had kicked in. “Did you put raw pollo in my salad?!”

The Panamanian food preparer replied, “No, sir. I just make the vegetables.” His nervous eyes implicated his coworker — the guy cooking on the grill.

“I see.” Zabka turned to the cook. “So, it was you… Señor Fuckface, eh?” He walked over and dumped his salad on the Mexican man’s head. “Why’d you do this?! Tell me right now, or I swear, I’ll strangle your fucking neck!”

The guy gulped, fully believing Zabka’s threat. “Okay, okay. Some girl paid me fifty bucks to do it. Please don’t tell my boss. I beg you.”

“Some girl?!” Zabka looked around. “So where is this conniving little cunt? Keep talking and I might let you off the hook.”

“She was out at the bar.” He was shaking.

“Take me to her.” Zabka punched his palm. “Let’s go, motherfucker.” 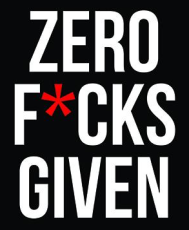 Dave Lundy was born a devious prankster, raised in Chenango Bridge, NY (where?), and voted Class Clown in high school. While attending the University at Buffalo, he minored in English and majored in partying. After graduating college and working in Buffalo, he followed his girlfriend west to Las Vegas (alas, she wasn’t a stripper) and eventually on to California. When their cross-country fairytale came to an end, he moved to San Francisco where he’s known as "the drinker with a writing problem." While Dave’s crazy adventures are often the spark of his hilarious stories, it’s his clever imagination that takes them over-the-top. View all posts by Dave Lundy